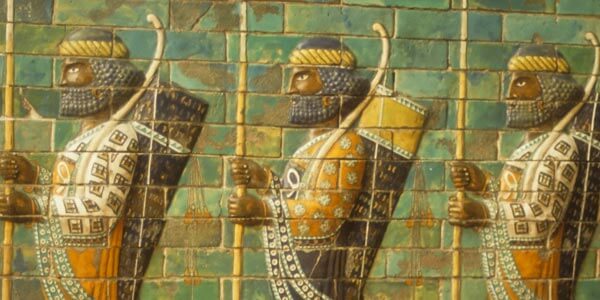 The Babylonians were the most powerful state in the ancient world after the fall of the Assyrian empire. They built the most famous city in ancient Mesopotamia, in the fertile plain between the Tigris and Euphrates rivers and created the Hanging Gardens of Babylon, which was one of the Seven Wonders of the Ancient World.

Now, what’s all this got to do with marketing campaigns?

Let’s dissect the paragraph above and see what we’ve got. So there are these ancient people who manage to build the most powerful capital in the ancient world. They know exactly how to harness the power of two rivers and use the fertile soil to feed the city’s inhabitants, and on top of that, they are creative enough to build one of the seven wonders.

Today, I’d like to share with you 6 things I learned from King Nebuchadnezzar of Babylon to help you develop powerful marketing campaigns that engage your audience and generate more business for you.

1. Are your marketing campaigns strong enough to withstand the storm? If there’s one thing that the mighty warrior-king and ruler Nebuchadnezzar II understood early on, it’s the following:

In order to consolidate your power and build a city that one day will be recognized as a wonder of the world (and, indeed the great kings’ hopes were realized, the Ishtar gate and the Hanging Gardens were added to the list of the Seven Wonders of the World) — you need to control all the trade routes across Mesopotamia.

Furthermore, Nebuchadnezzar spent the tolls and taxes he collected to surround the city with super thick walls thus making it nearly impossible for enemies to climb over or destroy.

To be able to cut through all the noise and clutter, and reach the right audience, your marketing campaigns need to have a strong foundation. The key elements have to be in place. Your marketing message needs to be compelling and you have to know exactly who you’re targeting and where they’re spending their time. You can’t expect to yank out a campaign where you have put little to no effort and be rewarded with great results. Good marketing doesn’t work that way.

2. Do you have a strategic approach? This one derives from the story above. The Babylonian king put some serious thought into building his empire. He controlled money. He collected tolls and taxes, and he used the money to build the most powerful city-state in Mesopotamia. These proven systems and processes enabled the Babylonians to live a very prosperous life.

3. Did you allow your creative genius to come up with great ideas? Despite no definitive archaeological evidence, the Hanging Gardens of Babylon attributed to king Nebuchadnezzar II became one of the Seven Wonders of the Ancient World.

The magnificent city of Babylon was a center for the arts and intellectual pursuits. The Ancient History Encyclopedia writes as follows:

Women enjoyed equal rights with men under Nebuchadnezzar’s rule (though, certainly, not completely equal in status nor opportunity by any modern-day standard) schools and temples were plentiful and literacy, mathematics and craftsmanship flourished along with a tolerance of, and interest in, other gods of other faiths.

Be creative. Let your creative juices flow. Test different images, colors and layouts. See what’s appealing to your audience. Sometimes images you thought will never work end up being clicked the most.

4. What’s your long-term plan? King Nebuchadnezzar set out to create abundance. He built a Babylonian city he hoped, would be recognized as a wonder of the world.

The mighty king had a clear vision and an amazing long-term goal. He knew that if he shoot for the stars, he might as well land on the moon — worst-case scenario.

Ensure longevity of marketing campaigns and brand messages. Don’t throw away sales letters that converted well in the past. Test them out anew. You don’t need to reinvent the wheel every time you create a new campaign.

Obviously, you should add fresh, new elements consistently. However, make sure you keep what’s working, and improve what’s not.

5. Did you choose a fertile soil? The Babylonians were clever enough to build their city in the fertile plain between the Tigris and Euphrates rivers. The extensive and impressive irrigation systems that provided water to the city’s numerous, luxurious gardens were only possible due to Babylon’s outstanding location.

Pick your marketing channels wisely, just like the Babylonians did with their fertile soil. This applies to both online and offline distribution channels. Test different ad placements. Test devices. You need to know where to place your marketing campaigns and ads to get the most bang for your click and generate the highest conversions.

6. How good is your copy? According to the Ancient History Encyclopedia, the thick walls that protected the Babylonian city bore the inscription “I am Nebuchadnezzar, King of Babylon.”

The ancient king most certainly knew how to position himself. His message was visible to everybody and it stood out. The ad placement was successful; it kept enemies away.

Learn to write great copy. It’s more to a successful marketing campaign than choosing the right image, color palette and placement. To make your message stand out from the crowd you’ll need to have great copy.

Make your marketing campaigns worthwhile. Make them clickable. Better yet, aim to make them worth to be read about centuries later in Encyclopedias, just like the ancient Babylonians did.

Nowhere is king Nebuchadnezzar and his pursuit to create magic so desperately needed as among a shipload of technology-driven marketers who just follow whatever technology has to say.

What are your tips for building and running successful marketing campaigns?