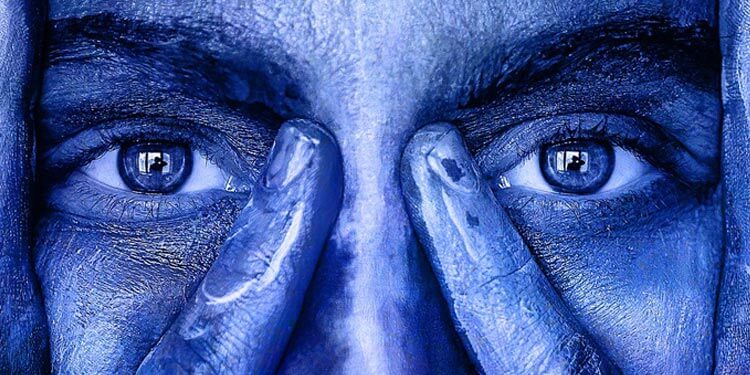 Social media advertising is going to explode in the years to come. Facebook, Twitter & Co. are powerful players in the digital advertising game and their performance should not be taken lightly.

If you’re tired of searching and identifying affordable keywords you can bid on to drive traffic to your website (i.e. landing page, sales funnel) than you should definitely give social media advertising — Facebook advertising in particular, a try.

1. Powerful targeting. Facebook is an amazing place to find quality leads and potential clients by proactively targeting relevant users. You can target based on interests and demographics. You can target people who visited your website in the past say 30 days (Website Custom Audience). You can upload your email list and build a lookalike audience to target those similar to your subscribers, and loads more.

2. Mobile is a powerhouse. According to Facebook’s COO Sheryl Sandberg, “one out of every five minutes spent on a mobile device is spent using Facebook or Instagram”. [Source: CNN Money].

Whether you like Facebook or not, you’re missing out on something big if you’re not paying close attention to what’s going on in the advertising world.

Fact is, the 800-pound gorilla of social networking generates more advertising revenue than any other social media marketing channel.

The move from traditional to online advertising accelerates while the overall pie is getting bigger.

According to eMarketer’s latest stats, the overall advertising pot in the US in 2015 is going to be nearly $189 billion. Digital will account for roughly 31%, putting it approx. 6 pp behind TV ad spending. However, growing at the current rate, digital will outpace TV ad spending latest by 2018.

On top of that, the projected growth in mobile is nearly 300%! 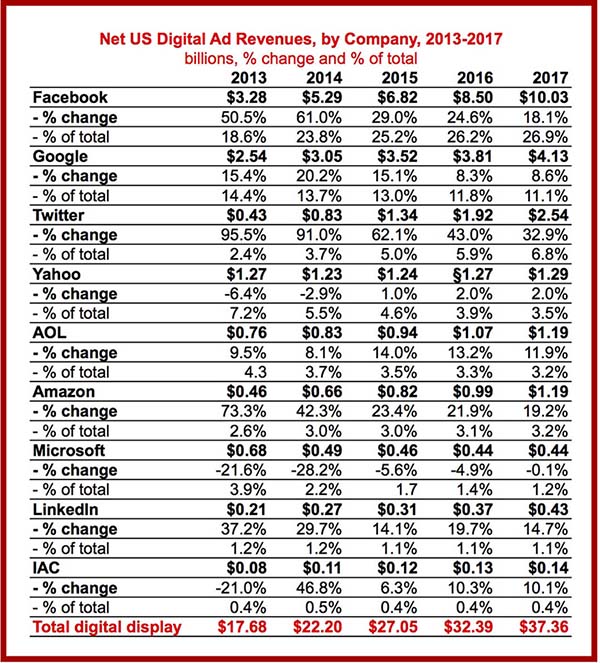 Conclusion: Digital remains the fastest-growing of any category.

Still wondering whether to advertise on Facebook or not?

The next stats might convince you to change your opinion and adjust your social media strategy accordingly.

The following 10 facts about Facebook advertising might inspire you to think differently about running ads on the world’s leading social network site. Keep an open mind and reap the rewards of the inevitable change of the digital landscape.

If you think this is big competition, wait until everybody else wakes up (I don’t suggest you do that) and joins the advertising party. What this means is, that there’s still a lot of “space” left for high quality content and relevant ads. (Shareholder files January 2013, Facebook for Business February 2015)

The number of mobile monthly users is 1.25 billion and growing.

Ensure you have a mobile-friendly website that loads fast. Furthermore, test your Facebook advertising performance on mobile news feed and audience network on a regular basis. (Facebook company info, March 2015)

3. There are more than 40 million active small business pages on Facebook.

Facebook is a fantastic platform to build an engaged audience and reach out to your ideal clients without spending your entire marketing budget. (Facebook for Business, April 2015)

Did you know that you can run local awareness ads within Facebook?

Yes, you can. You can target people who live in your neighborhood by selecting a radius of 1, 3, 5+ miles. If you have a local business give this powerful Facebook advertising feature a go.

4. Facebook is prioritizing videos in the News Feed and charging for video ads after playing for 10 seconds.

In addition to the above, Facebook let’s you select to only pay for video ads if they are played for at least 10 seconds. This is a biggie. (Facebook Help Center, July 2015).

Facebook’s new Autoplay feature seems to be working amazingly well. The numbers say it all: engagement with video posts is up 25% year over year. Guess we’re going to see a lot more video ads in the news feed. (Adobe Social Intelligence Report, April 2014).

6. Friday is the day of the week with the highest amount of post likes, shares and comments.

Users are most likely to engage with your content on good old Friday. It’s the end of the workweek and people seem to be more willing to consume content as opposed to a busy Tuesday or Wednesday. (Adobe Social Intelligence Report, April 2014).

7. Active users on Facebook are valued at an average of $122.

Facebook generates the most revenue per user and the network’s business model continues to look great for investors. Active users on Twitter are valued at $70 apiece. LinkedIn’s per-user valuation is $63. The expectations: a bonanza of ad dollars. (Forbes, May 2014).

So, if you want to take your business to the next level make sure you advertise on secondary platforms such as Twitter, YouTube or Pinterest. Facebook advertising is great. Having an integrated approach to digital advertising is even better.

7% use Facebook advertising in concert with TV ads. Conversely, only 2% use just Twitter to get their marketing message out. (Advertising Age and RBC, June 2014).

Just because a lot of brands and companies are leaving traditional media, it doesn’t mean you should totally ignore TV and radio advertising. Having the right marketing mix is what distinguishes success from failure when advertising.

On top of that, ad click-through rates are increasing 160% year over year. This is great news for all Facebook advertisers as people are clicking on the ads being served. Provide quality content and get in the game, if you aren’t already. (Adobe Social Intelligence Report, April 2014).

If you have a marketing budget, try setting up a well-targeted Facebook advertising campaign. You don’t need millions to achieve great success with Facebook advertising. Start with $1-2 dollars per day and use Facebook’s amazing demographic and interest targeting to get in front of a highly-relevant audience.

Familiarize yourself with Facebook’s Graph Search and Audience Insights to better understand your ideal prospects and clients. Use the Power Editor to set up and manage your ads, test different images and copy elements, maximize the impact of your campaigns and find new clients.

The more you learn about Facebook advertising, the better equipped you will be at creating campaigns that perform really well on this specific network. Obviously, this is not exclusive to Facebook — you can take these valuable lessons and apply them to Twitter, LinkedIn and YouTube ads as well.