On the way back from my recent Facebook Advertising workshop in Berlin I reflected upon the mistakes that popped up during the sessions. Some of these mistakes were common, whereas others were directly correlated with the level of know-how each participant had.

One of these Facebook advertising mistakes stuck with me as I’ve seen it come up over and over again in my workshops irrespective of the country or continent. It had to do with duplication.

Duplication is a phenomenon that isn’t strictly correlated with a particular industry but rather something that can emerge in all markets. It can kill your campaigns, ad sets and ads.

Duplication per se isn’t a bad thing, however, when you have say 140 ad sets in a single campaign with each ad set having 2 ads that you have duplicated over and over again, ending up with 280 (2×140) ads with different ad IDs – than you have a real issue.

They desperately needed a way out.

When Duplication Kills Your Ad Performance

There are 140 ad sets in this campaign.

Each ad set is made up of 2 ads with two different images; the copy is the same, the CTA is the same, just the imagery is different. So we’re talking about a total of 280 ads.

Leaving Money on the Table

The crazy part of this story is the following:

The market these people are in, is absolutely amazing. They have a hugely engaged audience, individuals that are devouring every piece of content that was put out organically on the Facebook Page.

Whereas they were getting tens and hundreds of likes, shares and comments organically on their posts, their ads were “cold” in social proof. Nobody was engaging.

Not only that: conversions weren’t happening either.

The ads simply weren’t appealing to the audience. Everything the company was doing successfully on their Facebook Page couldn’t be duplicated in the paid advertising world. The reason for that is listed below.

Here are some of the typical beginner Facebook advertising mistakes:

As of September 2019, CBO will become the default setting.

The above-mentioned issues aren’t a onetime happening. Actually, these mistakes are quite common among advertisers.

Whether in Berlin, London or Dubai, I like to ensure that my workshop attendees leave the sessions with solutions to their problems as well as a set of proven frameworks and systems that help them #1 run profitable Facebook ads and #2 better tackle future platform changes with more certainty.

This being said, I look forward to welcoming you to one of our upcoming Facebook advertising workshops. You can find more info on Eventbrite.

What were some of your biggest Facebook advertising mistakes? 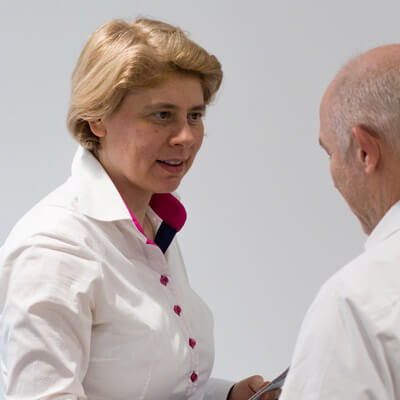 Want to grow your business to meet your own unique needs? Let's talk!

Get the most value from a highly personalized marketing consulting session.