When You Hand Your Power Over to Social Media Tech Giants 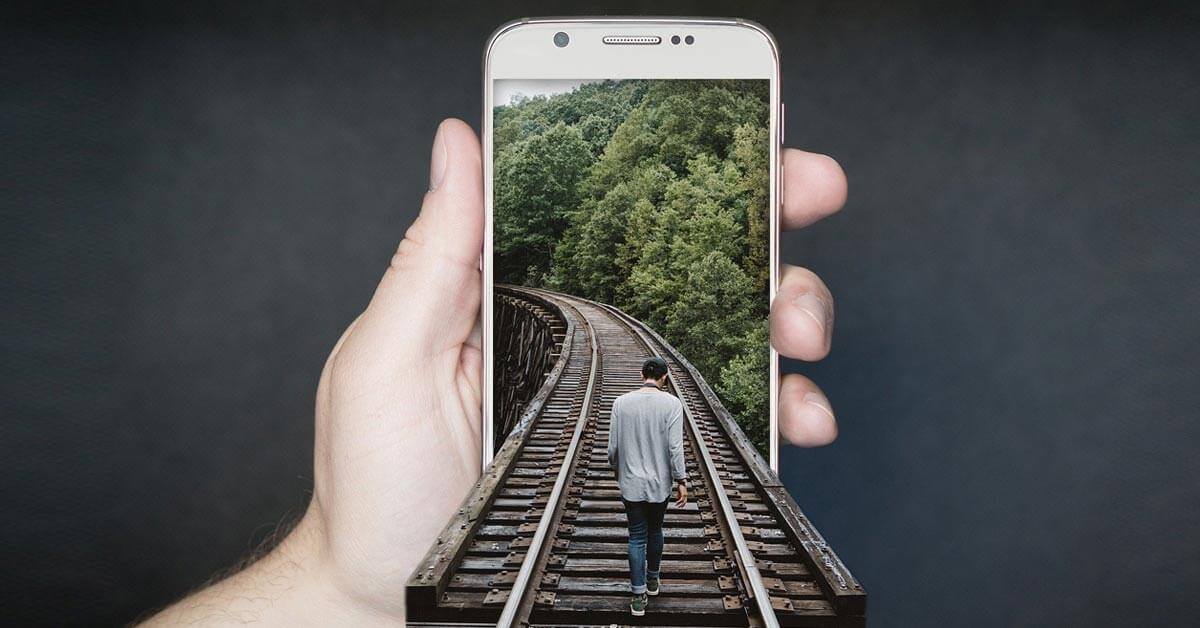 Putting all your eggs in one basket can be disastrous. Handing over your entire marketing power to a handful of social media platforms can very well ruin your business. On the other hand, scattering your energy, money, time and other resources all over the place isn’t the smartest strategy either.

The world seems upside down these days. Businesses driven mainly by offline only activities are forced to look into different ways and strategies to quickly move into the online realm so that they can preserve their livelihoods.

Then you have those who were able to pivot quickly and intensify their online efforts thus enabling them to do well and even thrive in this challenging environment. However, not all of the online marketing efforts were equivalent to the icing on the cake.

Some ecommerce businesses were forced to open new online stores using Shopify, WooCommerce, Magenta etc. and move significant chunks of their sales away from Amazon, as Seattle’s big tech giant wasn’t able to fulfill and deliver orders on time which had a negative impact on the entire business. Many saw not just their sales drop but also their reputation partially destroyed.

While ecomm business owners were awakening to their over-dependency on Amazon, certain service and information providers were experiencing troublesome restrictions on major social media platforms. It came to me as a big, unpleasant surprise, to find out that Brian Rose’s high quality podcast show LondonReal was banned from Facebook, Instagram, LinkedIn, YouTube, Vimeo, Dropbox and other social platforms.

Brian has been streaming and delivering top notch interviews with high-caliber guests such as Dan Pena, Robert Kiyosaki, Grant Cardone, Dr. Joe Dispenza, Marianne Williamson, Gary Vaynerchuk, Marisa Peer, Teeka Tiwari just to name a few of them – for over nine consecutive years. And then, one day, he did this interview with David Icke, who btw was a recurring guest on the show and got banned without prior notice and without being informed about what he did wrong, from all of the above-mentioned social media channels.

When You Turn Your Power Over to Social Media Networks

What does this behavior from FAAMG signal to you and me?

For those of you, who’re not familiar with the FAAMG term: it’s an abbreviation coined by Goldman Sachs and it stands for the top five tech companies Facebook, Amazon, Apple, Microsoft, and Alphabet’s Google. [Source: Investopedia]

To me, this behavior is not entirely new. Those of you who’ve been following me or maybe attended one of my workshops or live events, know that I’ve been running Facebook ads since 2011. To say that running ads on Facebook’s platforms (including Instagram and Messenger) for all these years has been a crazy ride would be an understatement.

I’m very familiar with the fact that Facebook can disapprove and disable your ads anytime, totally out of the blue or even ban your advertising account anyway they see fit. They do it without prior notice, even if you’ve been partnering up with them for several years and spending large amounts of money to not only put your valuable information and products in front of your ideal audience but also provide the Silicon Valley tech giant with revenue.

Facebook has long forgotten the fact that they were built on the backbone of small business owners. Corporations were last to join the advertising party. I vividly remember while working at Coca-Cola a decade ago that Facebook was considered a no name and deemed non-essential for business and even ridiculed for their advertising product.

Facebook, Amazon, Google, Apple, Twitter, Pinterest, you name it, have gained tremendous power over the last few years. People like us have given them a lot of power by using these apps day in and day out. Business owners have poured vast amounts of money, time and energy into these channels thus enabling them to dominate way beyond the marketing space. Today, these tech giants control almost everything that we do, as scary as this may sound.

What should you do next if you realize that you’ve become over-dependent and over-reliant on these social media channels?

Just like I highlighted in my article Multiple Beats One: Never Rely On One Marketing Channel, I encourage you to step up your game and regain control over your marketing activities as fast as possible.

This translates into you activating other marketing channels, whether they are online or offline. The richer your marketing bouquet, the better you’ll be equipped for tough times. Plus you never know, when Zuckerberg & Co. decide to ban you from their platform for whatever ridiculous reason. It’s their right as it’s their platform.

Remember to never build your house on somebody else’s land.

And if for whatever reason, you have your entire business generating income from social media alone, you might want to consider building a new foundation, one that you control. One that you can move and restructure anytime you choose fit.

Just to be clear, I’m not against using social media to promote your valuable products and services. What I consider dangerous though is over-relying on these tech companies, their platforms and policies.

I think the new emerging blockchain technologies will enable business owners to host their websites, upload videos and stream live TV shows on decentralized entities that give us control back. Until this evolution hits mainstream, we’ll need to diversify and use as many marketing channels as possible to interact with our ideal audience, build communities and form strong human connections.

It’s never been more important to create independent environments where we can navigate more freely and creatively to build meaningful relationships. LinkedIn, Facebook, Twitter & Co. used to be interesting places for people to connect, however, as we evolve and become more awaken and conscious to what’s really happening behind the curtains, it’s time to embrace a new reality and conquer new emerging digital / non-digital territories with more confidence.

Take back your power. Don’t allow circumstances or a handful of social media platforms drain your time, money and energy.