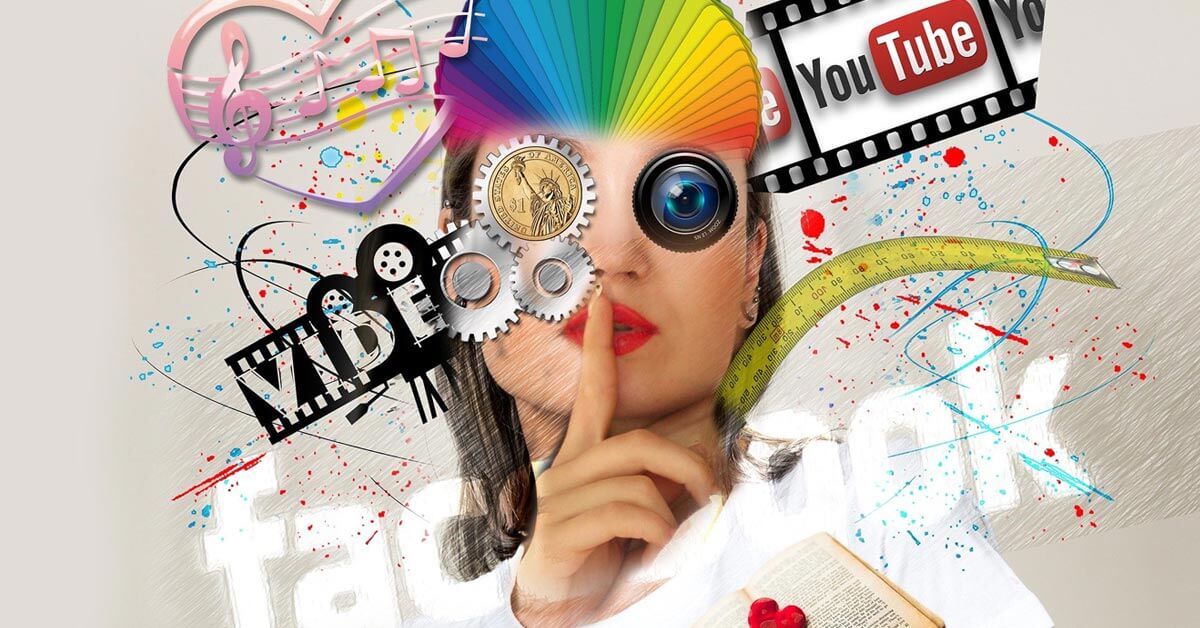 Facebook, YouTube and Twitter seem to be on a crusade. The sheer number of accounts being banned has reached a level of ridicule that only zombies aren’t able to comprehend. The centralized social media ecosystem has polarized society and awaken a lot of people who previously trusted a narrative that is becoming increasingly difficult to sustain.

While there are certain methods to get your Facebook advertising account back on track — for example by verifying your business and domain inside the Business Manager, this is not a guarantee. You’re still at the mercy of someone having a good or bad day in the office, if you’re lucky enough, as in most cases this job is outsourced to some stupid machine that decides on your faith. Most likely though, this desperate approach will end up in feeding the Silicon Valley beast with even more personal data and getting a ‘giant nothing’ for you in return.

Here are some of the precious information AI is glad to analyze and categorize so that it can later change your perception and even trigger certain behaviors that may not be in your best interest:

Feel free to add to this list based on the type of ads you’re being served across platforms and the information that is displayed in your news feed.

Unless you’ve been living under a rock, it’s hard to imagine you not being exposed, directly or indirectly, to the shenanigans that are currently going on across all the major centralized social media networks.

There isn’t an individual or industry considered immune any longer. If you raise your voice and share an opinion that doesn’t coincide with the mainstream narrative, you’re doomed to being blocked, banned or de-platformed.

Amongst the first to come under the gunfire of these technocrats were independent journalists, followed by doctors and medical professionals who share alternative views. Today, even a farmer can be banned simply because he raises a supply chain issue that might lead to serious problems in distributing food. As this topic is often considered “sensitive”, it can lead to censorship.

We’ve certainly come a long way. What started out as a supposedly genuine social experiment has absolutely nothing to do with social and human generosity anymore.

Before I share a few alternative decentralized blockchain social platforms that you can move to in case you get de-monetized and de-platformed from big tech, I highly suggest you use these networks even if you haven’t been banned from YouTube, Facebook and Co.

Some of these platforms have already consolidated their presence by onboarding major players from across industries and ecosystems.

You might be surprised that video views on one of these blockchain-based networks I’ll mention below have become incredibly close to numbers you’re used to seeing on YouTube.

If you’re missing your favorite journalist or content creator that was banned from YouTube due to his / her “non-mainstream” spin on current events, then I’m pretty sure you’ll find this person on LBRY and Odysee, respectively.

The cool thing about this blockchain-based decentralized network is the fact that you can upload your videos to LBRY first and use this source to redistribute to other channels including YouTube.

Minds is a blockchain-based decentralized social media platform that hasn’t gained proper traction yet, although they have a pretty neat product similar to Facebook.

You can create your own channel, access your Newsfeed and use Discovery to find trending topics or content based on specific hashtags just like you would on Instagram. Furthermore, you can join groups that cover topics of interest to you or build your own group of like-minded individuals.

More importantly, you can use your Minds token (native cryptocurrency) to run ads across the platform. The ads are super easy to set up and they remind me of Facebook’s early ad product back in 2011.

For more information on Minds and how to setup an ad using this blockchain network, check out my blog:

Why Bother with Blockchain Social Ads?

Flote.app is a decentralized, censorship-resistant social network with a clear focus on privacy and free speech.

You can livestream or publish videos, images, audio and articles. Every account comes with an easy-to-use crypto wallet. You can use this money to subscribe to exclusive content provided by your favorite creators or get tips for valuable information that you share personally.

If you’re interested in people who have left the Zuck & Co. social networks, simply type the hashtag #JumpingShip.

You’re addicted to Twitter and don’t know what to replace it with?

Gab might be an interesting option to look into. It’s not a blockchain-based decentralized platform, however it’s a mecca for free speech. This obviously has its downturns as you’ll come across people who unfortunately misuse this open policy to promote hate and aggression but overall it’s a nice network that is gaining traction as users are forced to leave Twitter for example.

Twetch is the new star on the horizon. It’s a decentralized blockchain-based alternative to Twitter.

The founders implemented an interesting twist into using the network, by requiring your haters to pay you if they want to interact with you. So instead of blocking your trolls, you can make it really expensive for them to comment on your posts.

One more thing that will keep most trolls away is the fact that users need to pay a small fee to upload information to the blockchain. Basically, you need to pay if you want to play on Twetch.

I’ve experienced the censorship from big tech firsthand through clients of mine who are medical professionals. They had the guts to question several Big Pharma narratives around chronic diseases while sharing their honest views and opinions on how to better tackle things by combining alternative paths to improve health and wellbeing for humanity.

As we all know, things get really dirty once big money is involved. Just like the oil business, Wall Street or the food industry, a few companies rule the medical space. If you interfere and endanger their profits, you’ll face an ugly punishment.

Instead of relying on these centralized social media giants to allow you to operate on their platforms according to some random rules that are always changing, you’d be well advised to set up your valuable ecosystem on the decentralized blockchain where no entity can censor what you have to say.

Don’t allow Zuckerberg, Dorsey & Co. to gain control over your business and livelihood. Use their social networks as long as you can without compromising on your values and giving up free speech. And if they decide to suspend and delete your account, so be it.

Back up your valuable content on the above-mentioned decentralized, censorship-resistant blockchain-based networks and be prepared to leave Facebook-land when your time has come.

We helped these centralized social media platforms become the behemoths they are today. Just as easily we can pull the plug and leave their personal data and machine-driven world without ever looking back.